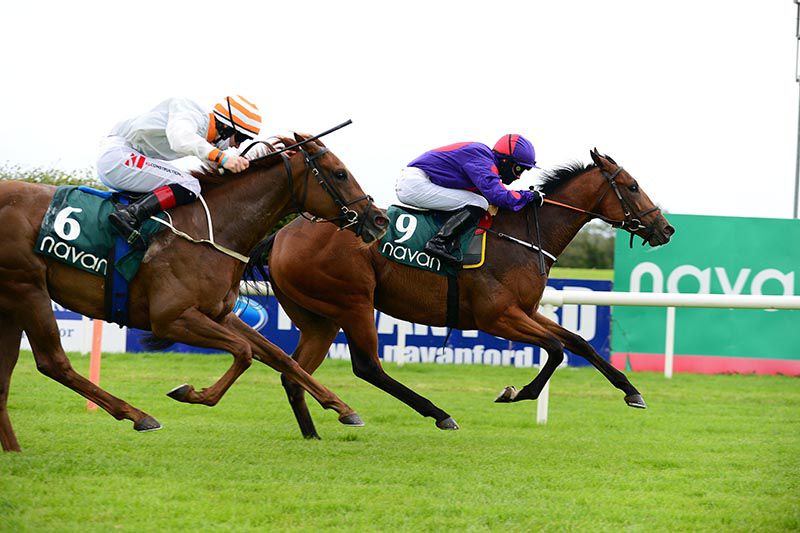 Alan Persse took no prisoners from the front on Diamond Eyes and his bold approach paid off in the Foran Equine Irish EBF Auction Fillies Maiden at Navan.

On the 18/1 shot for Sarah Dawson, Persse was soon in front and clear aboard the Dundalk fourth placer, from her rail-side draw in one.

Favourite Watercolormemories did decent work late but failed by half a length to catch Diamond Eyes.

“She has a lot of speed, she’s a very speedy filly. She’s very straight-forward and absolutely loves her job . I wouldn’t mind a barnful like her!” said Dawson.

“Alan rode her very well at Dundalk and I said to him then just to make use of her as she’s very straight-forward.

“We had an awful draw there though and if she hadn’t been drawn so wide she would have won first time out.

“We were confident today. The ground was a slight concern but I walked it when we arrived and I was happy enough.

“We’ll probably try her in a fillies listed race now, I think a lot of her.”