​Sarah grew up in Lisburn Co. Antrim with 3 siblings but it was only her dad and Sarah who had the horsey bug. 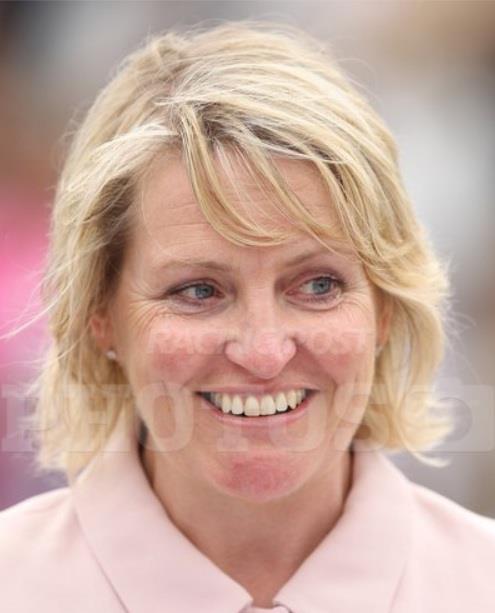 Her childhood consisted of going racing with her father all over Ireland and some of Sarah’s fondest memories are of eating picnics out of the back of the car before going in for the days racing.

After many years of asking her parents for a pony, she eventually got one, picked by the legendary horseman Richard Tolerton. He bought Sarah an experienced pony that could teach her the ropes but even Sarah recognized at this early stage in her career how ugly he was! ‘Handsome is handsome does’  together Cheyenne and Sarah had some of their best days out with the Iveagh Hunt and Killultagh Pony Club.

In the late ’80s, Sarah moved to England and Point-to-Pointed over there, and between that and eventing experience she eventually took out her trainer’s license in 2009 back in N.Ireland. Where she now lives with her husband Joe and three children Patrick, Edward, and Sally. George Sarah’s eldest son lives in Dorset with her 4  grandchildren.

“It is hard to imagine that in September 1999, we bought a site, land and started designing our house and yard.”

We pride ourselves on the intimate care given to each horse, identifying its strengths and weaknesses and developing a routine to suit each individual. We make work for the horses enjoyable and varied which results in happy horses who enjoy their job. We train both National Hunt and Flat horses and offer schooling, reeducating, rehab and pre-training services also.

Nobody works harder than Sarah - from early morning starts to keeping owners updated on their horses. The experience of having a horse in a small yard is far superior to being in a large yard where you are just a number. If you are thinking about dipping your toe in race horse ownership I would definitely give Sarah a call and pop up for a visit

Ever since I first met the Team at Sarah Dawson Racing, I knew I was in good company. I have enjoyed many many racing meetings throughout the years and look forward to many more.