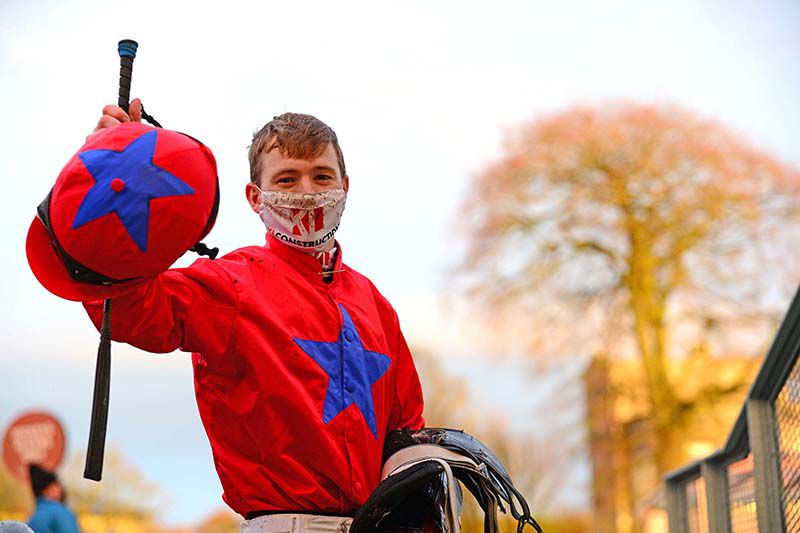 Champion flat jockey Colin Keane topped off his season by riding his 100th winner on board top-weight Pretty Boy Floyd at the Curragh.

The five-year-old gelding had to defy 10-2 on heavy ground but was a snug winner at the line to reward favourite backers at 11/4.

All the action in this big-field sprint-handicap took place on the far side as Glow Worm blazed the way in customary fashion with Pretty Boy Floyd in close attendance.

Pretty Boy Floyd was swinging away as he challenged the leader racing to the final furlong.

Glow Worm didn’t make it easy for Pretty Boy Floyd but he got her measure in the closing stages to score by half a length.

“That’s a great way to finish up,” said Keane.

“To be fair to him he was good the last day and getting his head in front has done him the world of good. He’s after growing in confidence.

“Sarah (Dawson) said she has him in here on Friday. He seems to handle that ground very well so you’d imagine he’ll come back.

“It was nice to get the 100 up on my last ride. I’m delighted – to win the title once is what you dream of growing up so to get a second one, when it didn’t look likely for such a long time, is great.

“Shane Foley is a good friend of mine and would have been a very deserving winner of it.

“September was probably the real game changer as I rode 26 winners that month. That really helped.”

Keane flies out to America tomorrow to ride at the Breeders’ Cup.